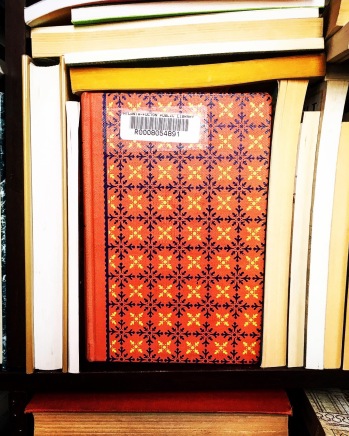 This is now my second encounter with #vernsneiderand this time around I enjoyed it thoroughly. I’m not going to lie. It did take me a while to get into the characters and the plot in general. Because of the words he uses and the way he builds the actions, it all seems to me very antiquated and trapped in the 1950s. I think that’s a fair thing to say because #sneider had a target audience while writing this book: the people in the United States in the 1950s. He wanted regular Americans to know and challenge what their government was sponsoring or choosing to ignore in #taiwan in #formosa most specifically the #martiallaw and abuses perpetrated by the #kuomintang . Once you realize that, I think the story flows better and you can adapt to his writing style which feels rigid and predictable. Overall there is a strong #politicalmessage in #apaleofoysters which I believe resonates to us currently: what happens after the war? What responsibilities does the winning side has upon the local communities? Sneider’s text is so well-structured and #journalistic that the book was itself censored and some in the #chinesecommunity in the US took offense as well. Without a doubt, there are a lot of specific details which make this story a window into what it was like in #taipei of the 1950s. However I believe Sneider aimed to bring his political message into a much broader conversation and challenge the US role once the war is over and how much involvement should happen once all hostilities are over. #recommended #putnam#americanjournalist #taiwanese#whiteterror #白色恐怖#americanliterature#chinesenationalists