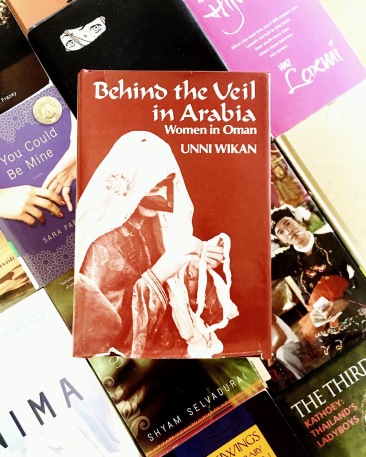 I read only chapter 9 of #behindtheveilinarabia by #unniwikan . And it’s indeed a captivating text as much as a product of the 1970s. #wikanpretty much conveys the argument that the #xanith were considered a different social group with sometimes privileges assigned only to men, sometimes allowed to belong to women’s circles and other times having a complete set of customs and roles of their own, neither male nor female. Based on her observations, most xanith dress with their own garments similar to those of women, have relations with men, but can at some point also marry a woman, have children and lead a traditional lifestyle. The fact that Wikan was a woman allowed her to penetrate the world of #women as well as #xanith in the #omani and more specifically #soharisociety more closely than any of the other white male #anthropologistsbefore her. However her #observationsand #explanations are still very much plagued with her own prejudices against sexual and gender #minorities as well as Omani themselves. I felt she fluctuated between detailed observations to bits of exotic fascination. So be aware of that here! Had she acknowledged her own views and prejudices which we all have instead of claiming her “objective” anything, this book could have been a more significant beginning of a conversation than it already is. #sohar#johnhopkinsuniversitypress#anthropologist #genderqueerlit #oman#womeninoman #genderroles #خنيث