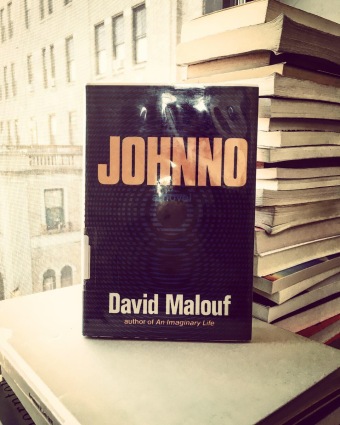 #johnno is about feeling nostalgic and the impossibility of relying on your own #memories . #malouf wrote a story which feels very specific and rotted in its time and history. However the more you read, the more you realize perhaps how universal the story is or how this could top be your story. Who hasn’t dreamed of leaving your old town behind? Who hasn’t wished of having been born somewhere else? Who hasn’t hoped for a new life, a new beginning? Our #dante character reminisces on all of this years later when he’s confronted by another tragedy and realizes how much his life went 360 #fullcircle to the same place where all started. At some point we all realize that and our memories immediately remind us of that mysterious, rebel and uber cool character which made us dream of something else and feel different when growing up. The Johnnos in our lives made us wish for something else despite the fact that we never really got to know them. This book is the perfect example of that. It’s called Johnno but at the end it’s really Dante’s recollection of what happened, his side of the story and ultimately about his life, not of Johnno’s. What if the Johnnos in our life had a chance to tell their side of the story? #highlyrecommended #brisbane#australianliterature #classic #debutnovel#queensland #readoceania #davidmalouf#nostalgia #comingofage #georgebraziller#paris #london #greece#missedconnections