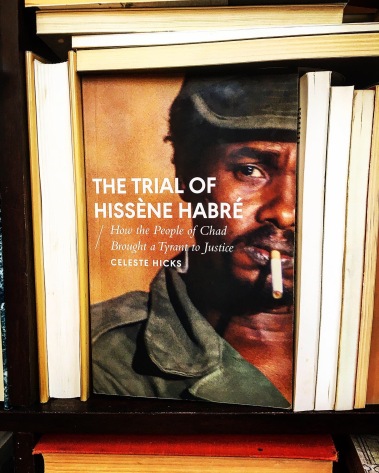 The most amazing thing happening in #thetrialofhissenehabre by #celestehicks is the resilience of the people of #chad . Depending on what you’re interested in, the book will definitely capture your attention from the first pages: #internationalrelations#justice #humanrights#chadianhistory #africanunion or #africanhistory . No doubt that #hicksis a skilled #journalist with a penchant for plunging the reader into the action and allowing us to learn historical events, new judicial terms and international acronyms while at the same time not letting you divert from the main preoccupation here. The main protagonists and the epicenter of this book are the people of Chad, the ones who had to endure the brutality and inhumanity of #hissenehabre ‘s dictatorship. Hicks depicts them all: those who had lost any hope, those who can’t escape the constant nightmares, those who live with the memory of those left behind, those whom their lives have been scarred forever. There is still a big place in this book for those dedicated to preserve the #memory . Sometimes the most valiant and brave act is to sit down and record what happened. #testimonies upon testimonies and painstaking details collected by different people allowed #chadians to tell their own story, seek their own justice and ultimately hope to heal in their own terms. #highlyrecommended #ndjamena#hissènehabré #thetrialofhissènehabré#zedbooks #saharalit